AVA is returning to London to take over Printworks in mid March. The event opens with a conference on Friday March 13, with a club event following on March 14.

Read this next: AVA Festival showcases local and international talent to 'probably the best crowd in the world'

The conference will feature a series of talks, workshops and networking areas, with guest speakers including Orbital, Andrew Weatherall, Coldcut, represensatives from Ninja Tune, Abbey Road Studios, PRS For Music, and more. Access is free, sign up here.

Tickets for the party are currently on third release, priced at £32.50+bf. Buy them here.

Read this next: AVA inspired and excited a 5000-strong crowd in London 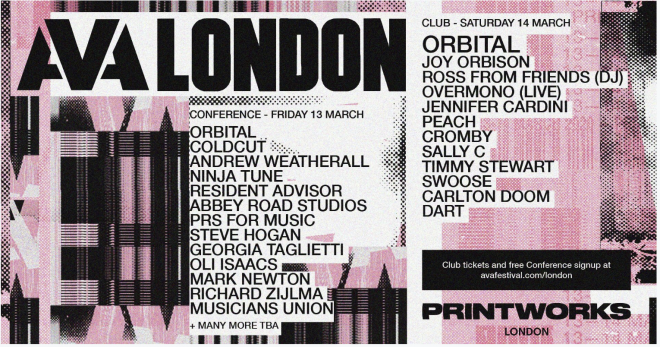