Proceedings kick off in the Felix Meritis - one of the command centers of the event, which sees the dance music industry launch into beer heavy meetings about: wristbands, Finnish techno, a forthcoming music app and more Finnish techno. USB sticks are flung around like paintballs. Laptops and PCs plugged into wall sockets everywhere. We do our yearly squeal of joy upon receiving our free ADE backpack. That acquired we make our way to Nova: a 250 capacity bar that is to serve as DJ Mag’s Live Stream base throughout ADE. The ANTS crew soon arrives: Andrea Oliva laying down his signature melodic tech-house sound and a whole load of people dressed in Japanese gimp suits jump around. Pray for techno. There’s a row of four cameras and about seven people jammed into the booth with Andrea. The dancefloor outside is similarly packed. Beers in, the crowd already totally on it. We check our watch.  8:30pm.

A quick stop in an Italian restaurant run by a Turkish guy who speaks Dutch with an affected Italian accent. We’re being bought dinner by a record label that makes the aforementioned Finnish techno. Running back and forth from hotels like The Dylan to the Andaz and back to the Felix for meetings with managers, labels and publicists consumes at least five hours each day. It all seems familiar. There’s little time to reflect though as we team up with a trio of German photographers and head first to Studio 80, who were either conducting a soundcheck or letting Legowelt do a live-show; followed by Paradiso, where the music was incredible, as was the sheer amount of shots this group of Essen reprobates fed us. Our Uber receipts inform us we got back to the apartment at  5am.

11am the next morning and we’re back in Nova, facing a group of similarly fragile DJs for the first round of morning video interviews and photo shoots, a process powered entirely by pints of black coffee from next door. Job done, we limp on over in the rain to Claptone’s album release party at the new W Amsterdam for his debut of ‘Charmer’. We’re soon back in Nova for a smokey, rammed, hot-lit, stonking series of sets from Alan Fitzpatrick and Dave Clarke. Come  11pm  we’re back out again, first into Melkweg where Ninja Tune are rapidly filling the room and then onto Escape, where Sunnery James & Ryan Marciano are playing this-is-not-a-drill stripped tech house. We can’t move for bottles of vodka and podium dancers. So, we reluctantly stay… 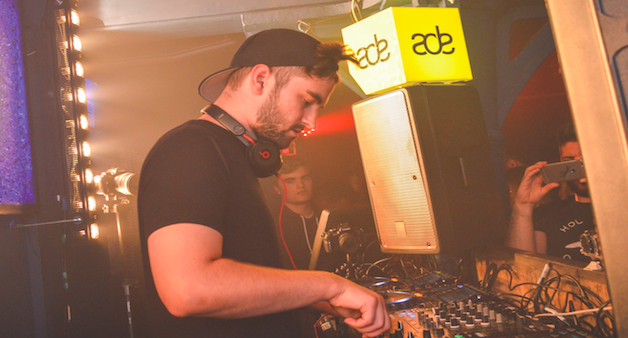 Following what presumably passes for sleep, we’re back once again in Nova. Dyro & Dannic are on the decks.  An altogether different, but equally packed dancefloor. We wander over to the Volkshotel for a meeting that abruptly pauses when the achingly trendy bar’s playlist drops in Britney Spears’ ‘Toxic’. Glasses are dropped. A label owner faints. Four bouncers wander past and presumably escort the iPod out of the building. Crisis over we join the entire DJ Mag team and speed to Amsterdam Arena for Amsterdam Music Festival’s Top 100 DJs Results. Down below, the stadium is packed by  7pm with 40,000 anxiously waiting fans. There’s a hushed silence as the crowd gather to hear who will be this year’s number one.

Dimitri Vegas & Like Mike take the stage in black suits and shades. Reservoir Belgians. There’s a brief speech which hops over the crowd thanking part and mostly re-iterates why, correct, they are number one. The Baddies of EDM have arrived. We, for one, like the refreshing change. DVLM proceed to dive into their set. Smoke. Strobes. Die hard fans. 28 drops later. Meanwhile upstairs the various management of the Top 100 acts are getting loaded at the free bar. 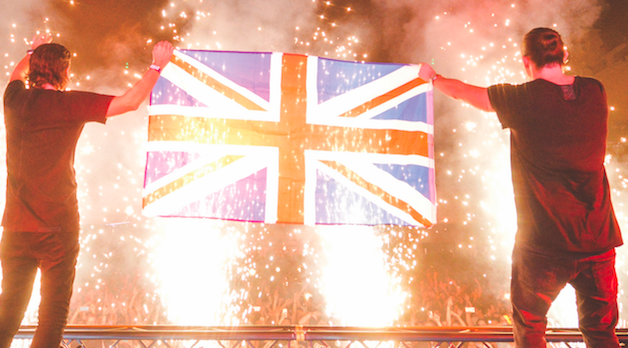 Half the DJ Mag crew heads back to Nova’s secret backroom for a VIP after-party. Some make a bold move to a nondescript warehouse way out in the middle of … who-knows-where. At 7am, the party is still in full swing and we are momentarily tempted to stay, especially since Matador and Hot Since 82 are passing us just one more cocktail to celebrate their respective sets.

But we can’t. The next Top 100 party is in Brixton in a matter of hours. We have a plane to catch. Plus, we promised this random Finnish techno label that somehow got our number that we’d have a breakfast meeting  tomorrow  morning – only it already is tomorrow morning. Well go on. Maybe just one more drink.