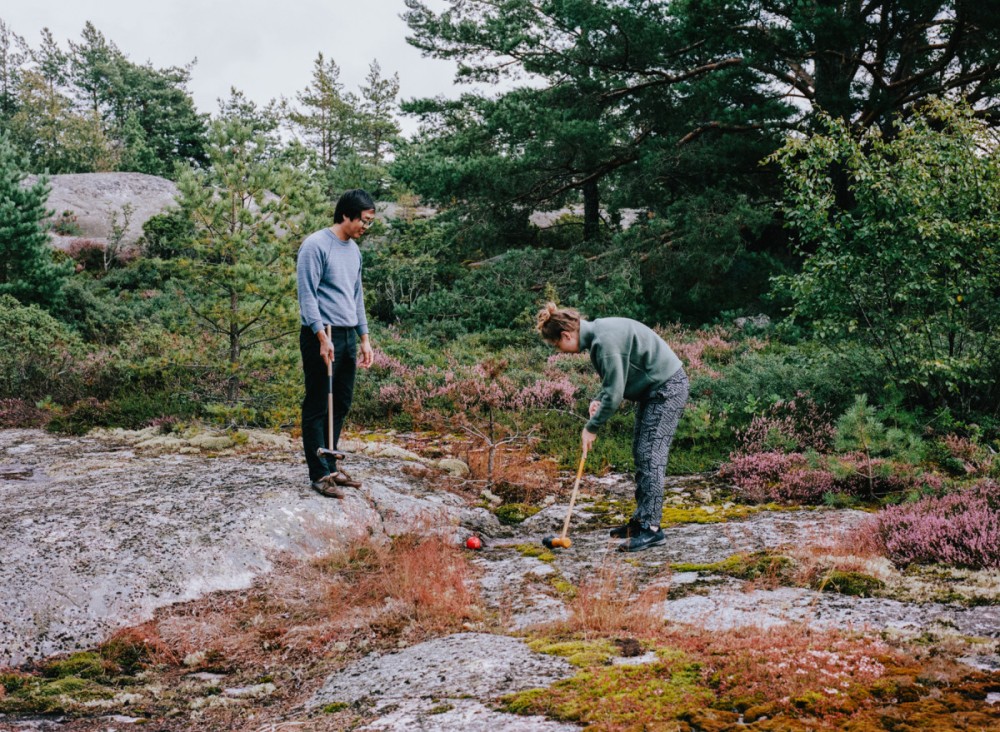 Composers, teachers and musicians, Jeremiah Chiu & Marta Sofia Honer, have teamed up on a new album, Recordings from the Åland Islands. As the title would suggest, the project was created at various locations across the Åland Islands in the Baltic Sea between Finland and Sweden over the summers of 2017 & 2019.

Jeremiah Chiu & Marta Sofia Honer originally met in Chicago as participants in a performance of Terry Riley’s “In C.” They then moved to LA in 2014. Honer has become a first-call session player for Adrian Younge and Beyoncé, among others and is also on the music faculty at California State University.

Chiu is a sound artist and also a professor, taking the Assistant Professor role at Otis College of Art & Design. He has exhibited/performed at The Getty Center and LACMA and become a resident programmer at Dublab.

The new album has a stream of conscious feel to it, capturing the beauty of these islands known for beaches, old townhouses and beautiful scenery. It is a mix of piano, synths, field recordings, hand chimes and more. They all come together on a flowing, effervescent release that seems less planned and more coordinated jam sessions. The songs glide with their elements, often with a satisfying calm. There are others like “Stureby House Piano,” which slowly builds as frenzied piano crescendos.

This is a lovely, soothing indoor album, but the purpose and field recordings brings Recordings from the Åland Islands outside on a sunny day with a soft breeze and gentle waves crashing on a beach. Go outside and enjoy the day and this music. Pick up your copy on Bandcamp.