has revealed the ultimate installment of its line-up for Monday, May 27 - the third day of the competition's three-day run in 2019.

After teasing 10 of the competition's headliners

again in December, this newest announcement provides new and toothsome dimensions to the competition's eye-catching assortment of home, techno and hip hop artists. 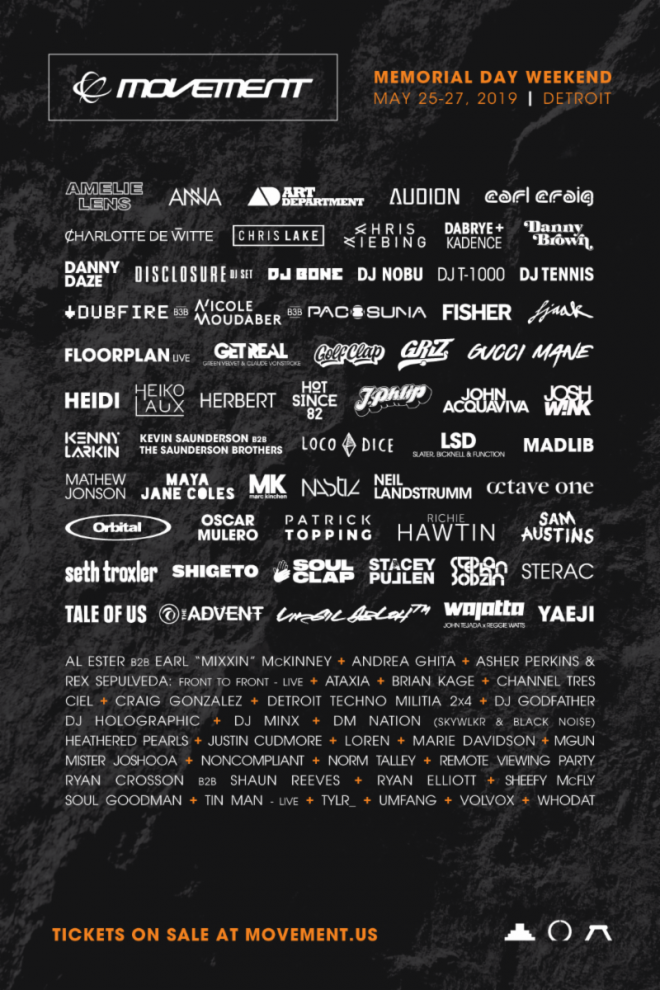