album for some time now. On his 35th birthday back in October of 2018, the LA beat scene pioneer posted a handwritten note to Instagram which ended with the words - "P.S. Album being mastered tomorrow". During SXSW of this year, the producer's name was spotted spray-painted on the sidewalks of Austin, along with the phrase "Fire is coming...". Now that the flames have been fully stoked, we are finally getting a new Flying Lotus album.

His forthcoming 27-track LP 'Flamagra' will arrive on May 24 Warp Records. The album features a squadron of superstars which includes George Clinton

Described as "an astral afro-futurist masterpiece of deep soul, cosmic dust and startling originality", this is the first full-length album we've seen from Flying Lotus since the release of his Grammy-nominated LP 'You're Dead

“I’d been working on stuff for the past five years, but it was always all over the place. I’d always had this thematic idea in mind—a lingering concept about fire, an eternal flame sitting on a hill", Lotus says. “Some people love it, some people hate it. Some people would go on dates there and some people would burn love letters in the fire."

Ahead of the release, Flying Lotus has directed a new music video alongside David Firth for the album cut 'Fire Is Coming' which features the famous American filmmaker and musician, David Lynch.

Along with the new album announcement, Flying Lotus has shared the news that he will be touring North America, Europe and Japan this Fall. 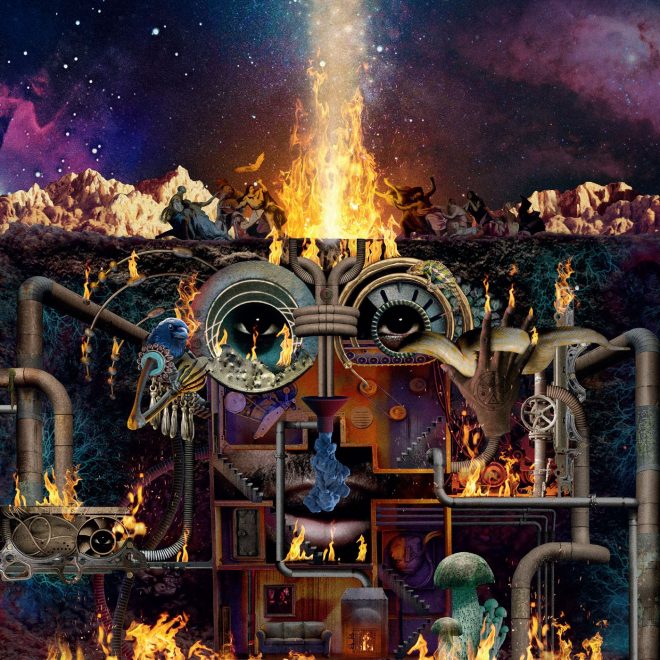