event Get Lost make its New York City debut for a special two-day event on October 11 - 12.

' epic party that has stunned the likes of Miami, Los Angeles, London and Mexico City will now make its much-anticipated arrival in The Big Apple at The Knockdown Center in Queens.

Starting things off at 9 PM on Friday, October 11, the party will present the very first installment of its theatrical Get Lost Live concept. The audio-visual experience will highlight performances from modern pop icon Kelsey Lu and the Lebanese indie group Mashrou Leila. In addition to the live element, the night will see DJ sets from splendid DJ duo Beautiful Swimmers

Starting at 2 PM on Saturday, October 12, the party will carry on with a sixteen-hour showcase of unmissable dancefloor talent. The artists billed for Saturday include Audiojack, Carl Craig 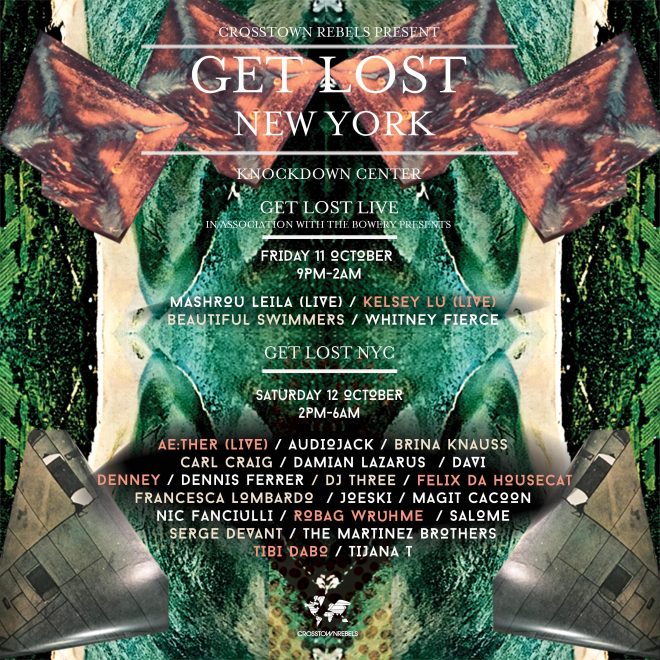 Damian Lazarus is bringing Day Zero to the Dead Sea
24 hours just doesn't seem like enough at the brilliant Get Lost Miami
In Session: Robag Wruhme