A copy of the Norwegian electronic duo Röyksopp

So what is it that makes this particular record worth so much? Back in 2002, the group sent famous street artist Banksy

100 copies of an ultra-limited white label pressing of the album so he could add his personal touch to the double-LP.

The anonymous artist created a custom stencil design that he then used to spraypaint each cover. There are still four copies of the rare record available on Discogs, some going for as much as $12,000. 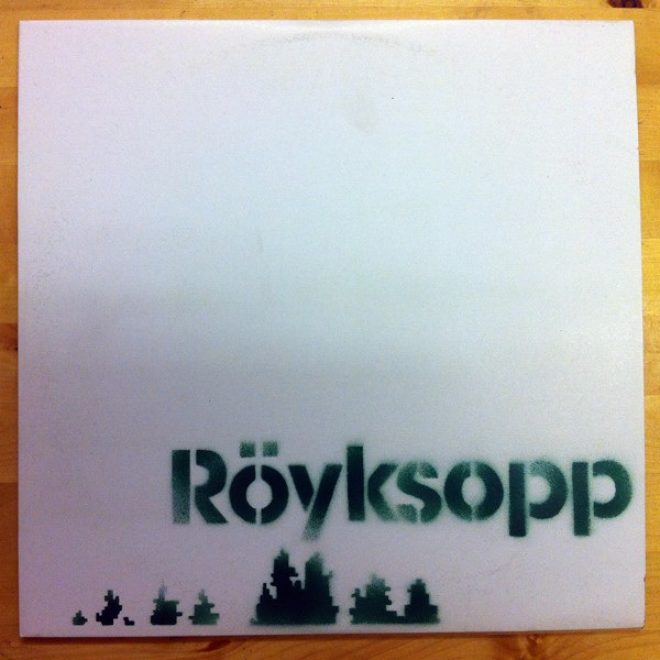 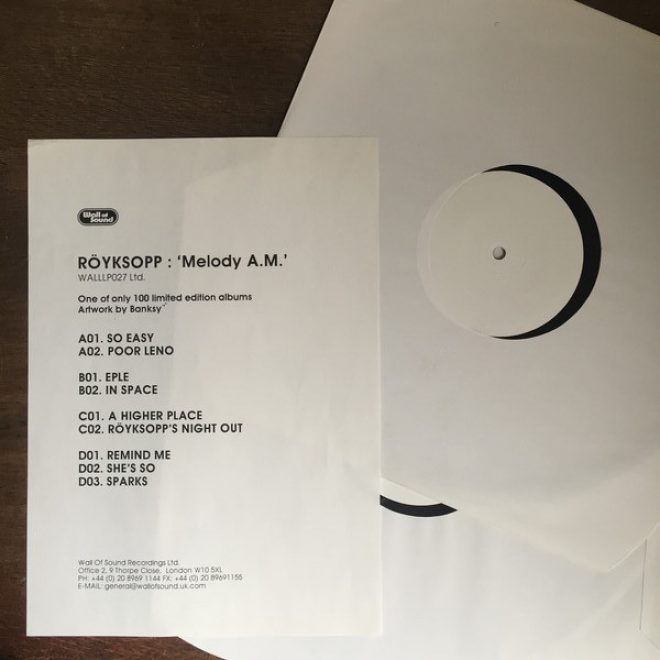